All those household chores! 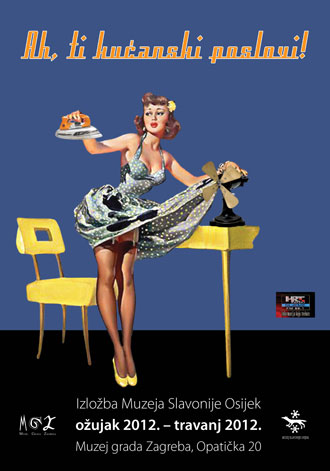 In the course of the Second industrial revolution, a reciprocal impact of technique and society resulted in household chore rationalization. The dwelling space was being filled with ingenious mechanical household gadgets which saved time and facilitated everyday chores. Manually-run kitchen devices, ovens and wood- and coal-burning stoves, gas and spirit irons, heaters, cookers and lamps dominated the European market until the 1920s when the commercialization of electrical household gadgets began.

The 20th century Osijek started as the strongest economic centre in Slavonia with a developed gas-distribution and the beginnings of industrial facility electrification.

The Osijek Gas-plant established in 1884 used gas coal fit for production of light gas and gas fuel for household, street light and drive of gas motors in the industrial sector. Because of the long concession of the Osijek horse-driven tram and the Gas-plant, it was only in 1926 that the city Electric Plant began working.

Due to industrial development, at the turn of the 19th into the 20th century, the Osijek craftsmen found it hard compete with industrial production. Late electrification of Osijek made its business even more difficult and rendered impossible the supply of modern machines for production expansion required by economically expanding European market.

Domestic production of iron gadgets expanded by emerging metal-processing factories, in particular in 1911 when Osijek Iron Foundry and Machine Factory was founded, which was not only the first metal-processing enterprise in Yugoslavia but also the most important enterprise of this kind in South-East Europe. The foundry was producing: mercantile cast metal, plumbing, bath-tubs, sanitary appliances, plumbing merchandise, cast cookware, wood and coal stoves and cookers, scales, weights, coal irons, tailors' irons, kitchen drains, spice and coffee mills, meat hammer, radiators and central-heating boilers, agricultural machines… The year 1938 was the year in which the largest amount of product (in tons) had been made since the founding of the factory. Paraffin-gas cookers and Triumph cookers (wood-and-coal burning or combined gas-and-coal burning cookers) were introduced to the production programme.

Craftsmen and domestic industry could not keep up with European production of household appliances neither could they meet the needs of the modern household. Therefore people working in whole sale and retail sale had the role of suppliers of modern appliances – manual juice extractors, coffee grinders, gadgets for pulp extraction, meat cutting machine, gas and electric irons, cookers, heaters, fans, first electric washing machines and centrifugal machines and of course vacuum cleaners. 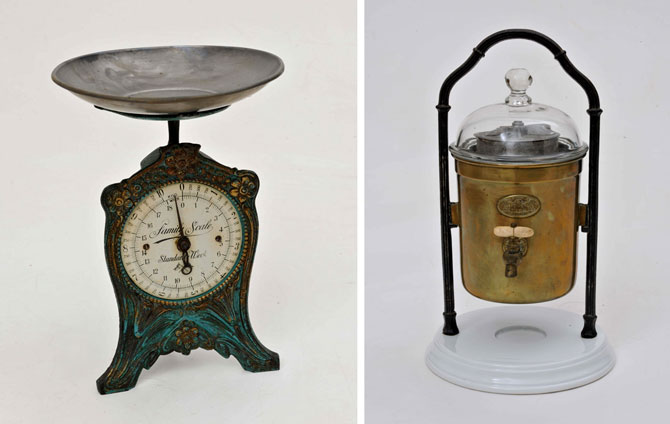 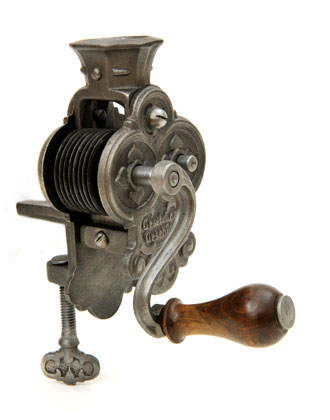 Foreign industry was present on Slavonian market mostly represented by German industry and from its industrial centre Berlin. These were: foundry Alexanderwerk AG (established in 1885), AEG (Allgemeine Elektrizitätsgesellschaft, established in 1883) and Erich & Graetz (established in 1866), big producers of paraffin oil lamps, cookers, cooking stoves and stoves. 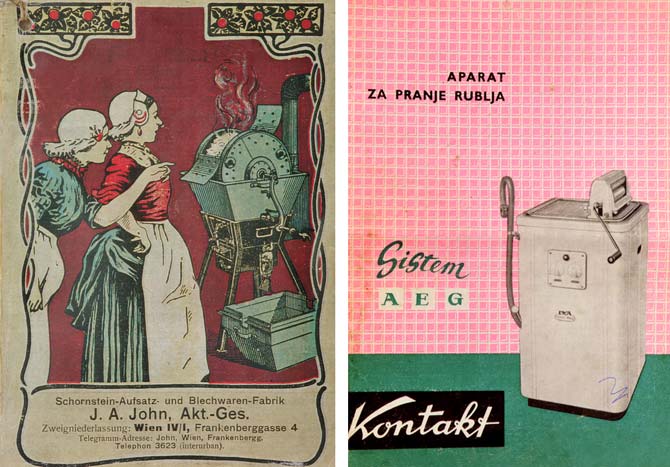 Great time and space saving has been achieved in washing the laundry. Once laundry was scrubbed in a wash tub on a washboard (rifljača) – wooden gadget with fluted front part. What follows is the gadget made of a simple press with a roller and a wooden vessel for laundry; at first it was run manually and later its roller was electric-powered. In the course of the 20th century the level of application of automatic, electric-power and construction appliances determined later classification of washing machines. The demand for detergents increased. First synthetic detergent Plavi radion was produced by Saponia Osijek in 1956. 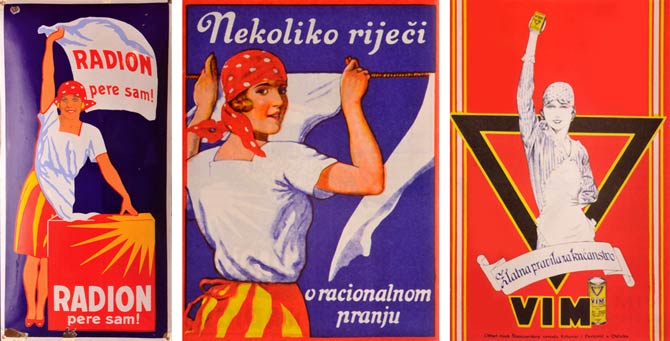 Iron is the first electric household appliance with mass application after the heating of the iron was utterly simplified. A hundred years ago it was not easy to heat the iron and keep it warm. The preparation of an iron lasted longer than the ironing itself. Therefore the main improvement guideline was to improve the source of heating for easy and quick heating of the iron.

Sewing machines made sewing easier and quicker so that it had its deserved place in many households. Invention of a needle with spikes and an ear in the middle by Ch. F. Weisenthal and sewing machine with double stitch by Elias Howe helped I. M. Singer to start producing the first practically applicable sewing machine in his workshop I. M. Singer& Company in Boston in 1851. The first sewing machine in Europe was constructed by Georg Michael Pfaff, who established a manufacture named G. M. Pfaff in a German town of Kaiserslautern in 1862. 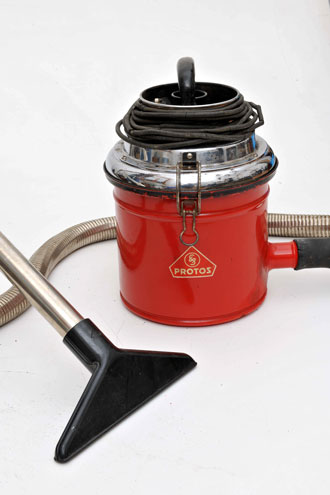 Hoovering or blowing as a method of extracting dust from carpets inspired many inventors. English engineer H. C. Booth managed to solve the problem of filtering in 1901 by using a cloth filter. The first version was an ungainly technical horse-drawn construction, run by paraffin oil. Besides cylindric vacuum cleaners on trails popular in the 1930s in households there prevailed pot-formed and manual vacuum cleaners.

A refridgerator is one of the basic and most frequent household appliances, the invention and household introduction of which meant changed and significantly more qualitative nourishment. The first compression fridge was produced in 1915 by General Electric and herewith started the history of refridgerators as appliances that can actively cool.

Closed solid-fuel-burning stoves, perfected by the end of the 18th century had been used for heating rooms until the advent of electric power. At the beginning of the 20th century nichrome invention by the American Albert Marsch enabled production of infrared heaters and toasters.

In 1880s the earliest fans were made basically of blades fastened to an electric motor. A great turn and success in fan design was made in 1930s by an American factory Emerson Electric.

Furniture and kitchen equipment, cookware and appliances, packing material from Osijek businesses and a few items from the collection of the Department of Artistic Crafts

In its beginnings the Artistic Crafts Department collected among other things items of technical nature, e.g. radios, music automatic devices and similar items, in particular if they were designed according to certain aesthetic principles and with features of a specific style. When in 1994 the Technical Department of the Museum of Slavonia was founded a part of its collection comprised items from the Artistic Crafts Department collections.

Exhibition of items from almost all collections of the Artistic Crafts Department (furniture, ceramics, glass, metal, textile etc.) has aimed at creating the environment, atmosphere, completion in at least one part of the exhibition of household appliances and various technical devices under the title All those household chores… being probably the most illustrative part presented, an imaginary space, to great extent typical of those rooms dating back to the period they represent (from the end of the 19th to the 60s of the 20th centuries) – and there is a kitchen, reconstructing a part of the space/time in which they were used. Certainly the most important part of our homes, a place of family gathering, living and doing most household and similar chores of different kinds. 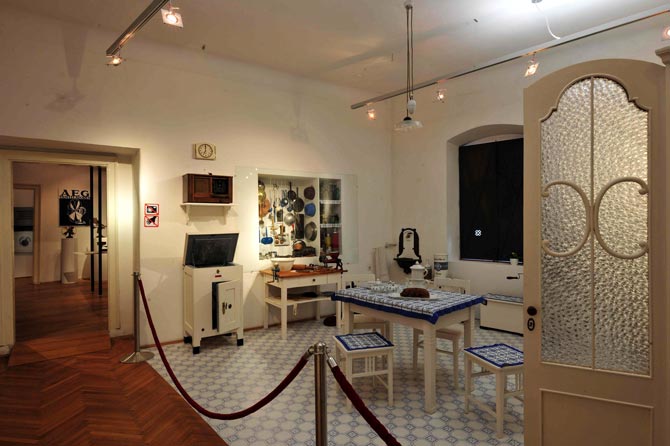 And in this room the role of a woman was unprecedented since she was both a housewife and a mother, who was caring for children and her entire family. There is a well known timeless saying: "A wife supports three corners in a home and a husband only one." If this saying had referred only to the kitchen, the husband would not have been mentioned at all. She would have been the lady of the house, managing all corners! Therefore the subtitle could be added as: "She and her empire – the kitchen". 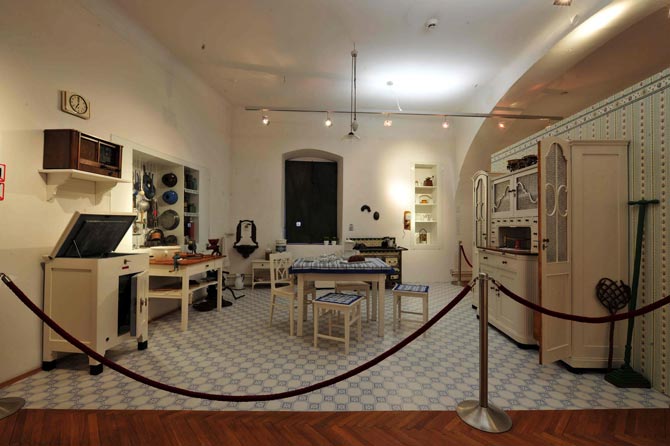 The newspaper advertisement formers remained mostly unknown. Using their experience and technology they created genuine works of art, noticeable and impressive during the period of Secession. The layout became more modern and dynamic whereas vertically set announcement did not only have their meaning in solving spatial problems but in this way they were easily noticeable. Before New Year's and Christmas holidays a great part of the daily press was taken up by advertisements of occasional products and services, taking care of who they were addressing. Besides comprising visual artistic, illustrative element it was important to read its content. Not lagging behind after its Western ideal the advertisement cared to motivate the citizens of Osijek both male and female to purchase and use of services in almost the same way as in European capitals.

Since the topic of the exhibition are household appliances, advertisements of this type can be found in Osijek magazines (Objave, Osječke novosti, Oglasni list, Stolarske novine…), calenders and the Trade-Craftsmen and Industrial Exhibition Catalogue in 1925 and Official Catalogue of the Fair and Exhibition in 1926.

The Paper and Manuscript Collection Department of the Museum of Slavonia Osijek in its collection of small press has a great number of samples of ephemeral Osijek history mosaic parts, keepsake to past events in invitations and programmes, menus, receipts, tickets and advertisements. 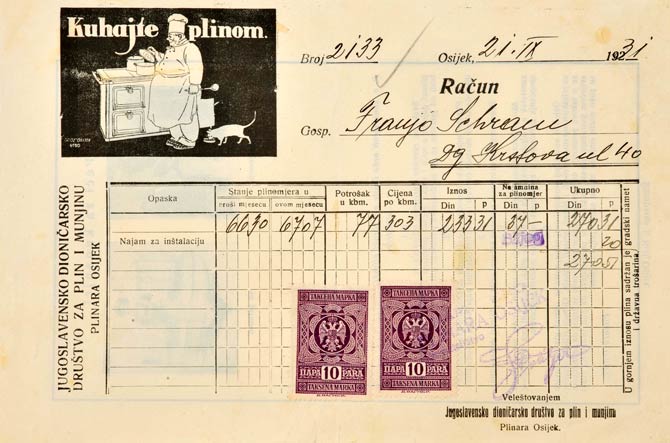 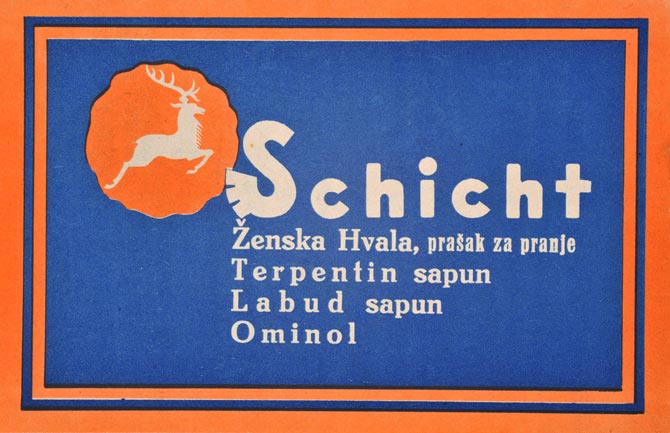 Nevertheless, the most impressive advertisments of the highest quality were those advertising Osijek Schicht factory between the two wars. The importance of advertisements and investment into them was recognised by the owners of Schicht so that numerous advertising leaflets, posters, occasional print materials and calender with the purpose of promotion of new products were kept. The products by Schicht were: Schicht soap of brand Jelen, Ženska hvala (Woman's thanks) washing powder, Schicht Terpentin soap, immaculate Labud soap, Labudove pahuljice, Ominol, cleaning agent, Ceres, herbal ointment, Radion self-active washing agent.


Pictures from the exhibition 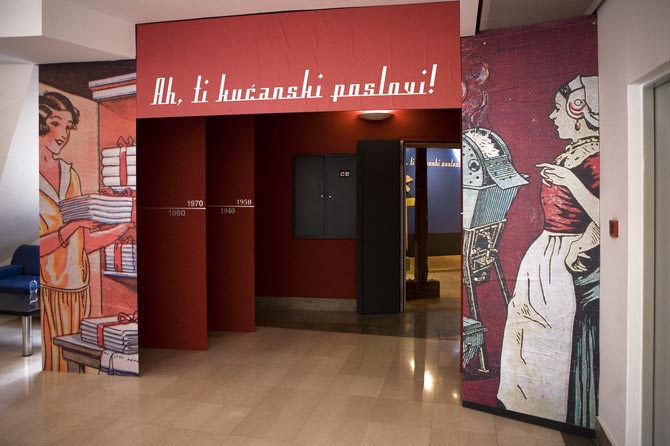 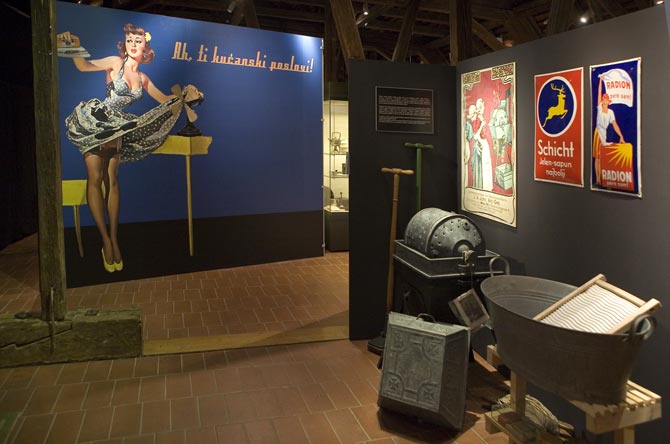 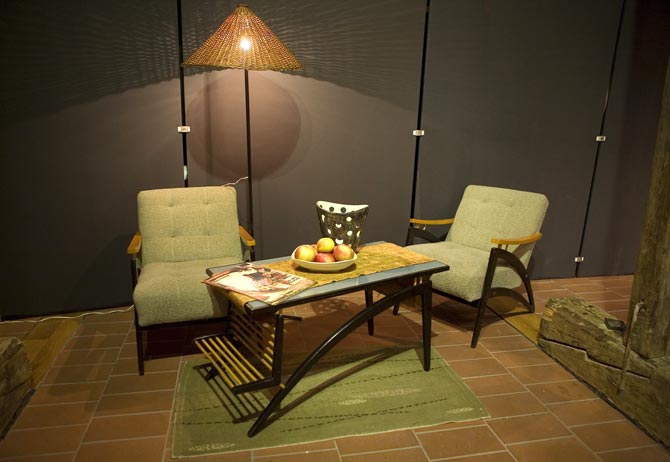 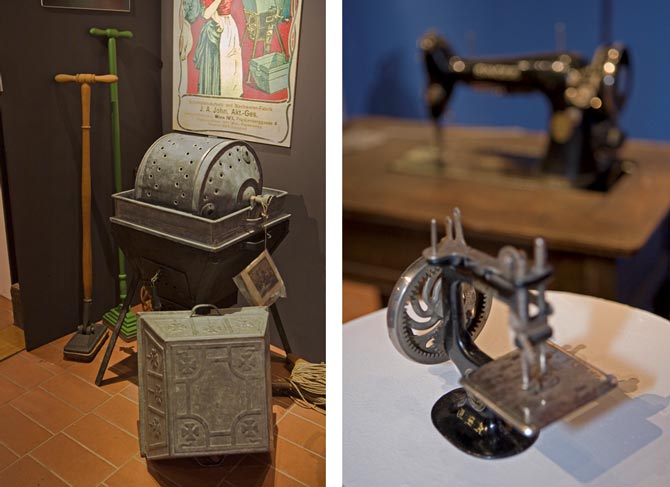 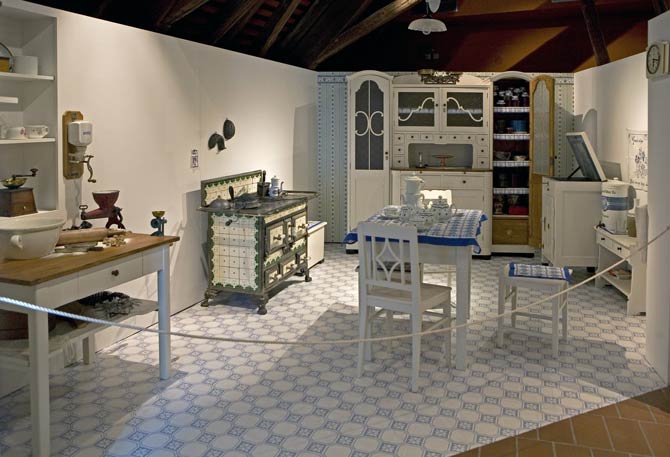 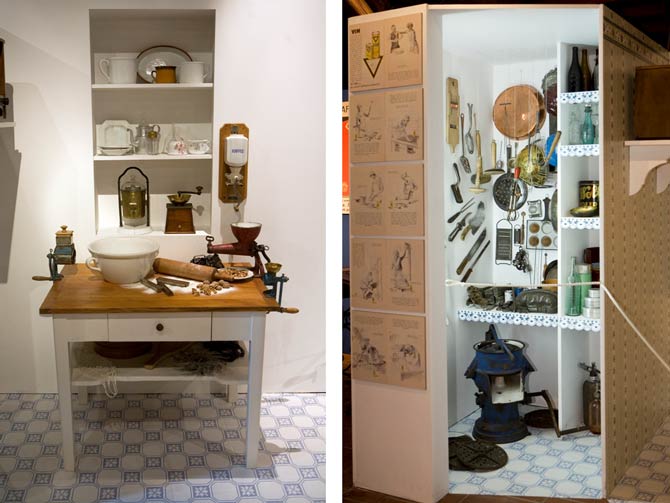 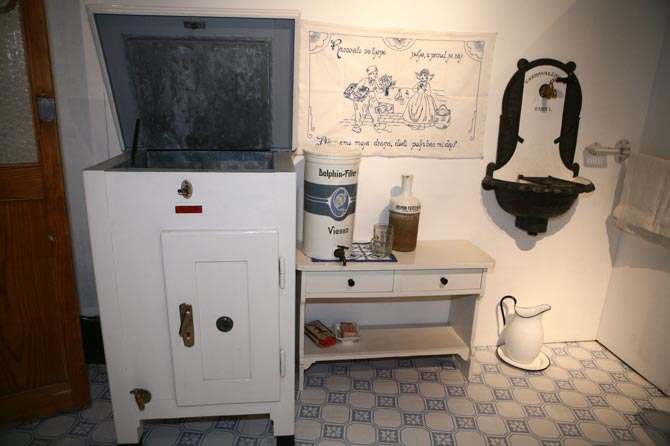 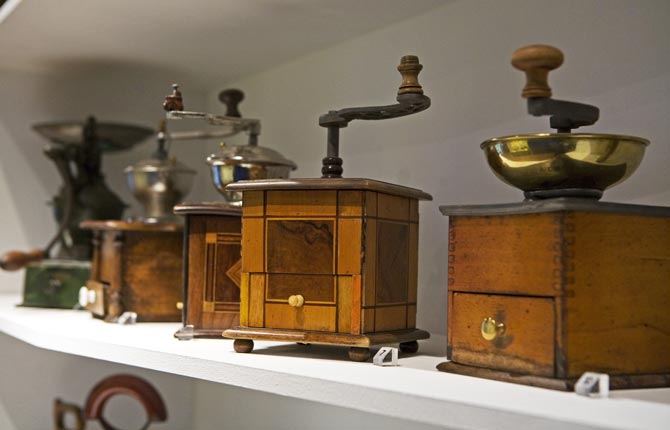 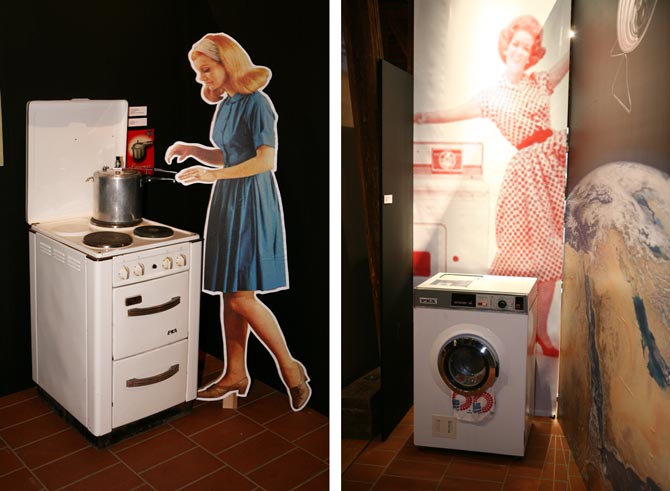 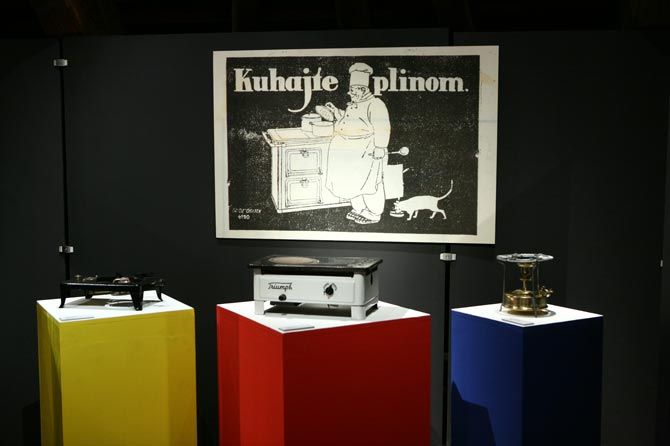 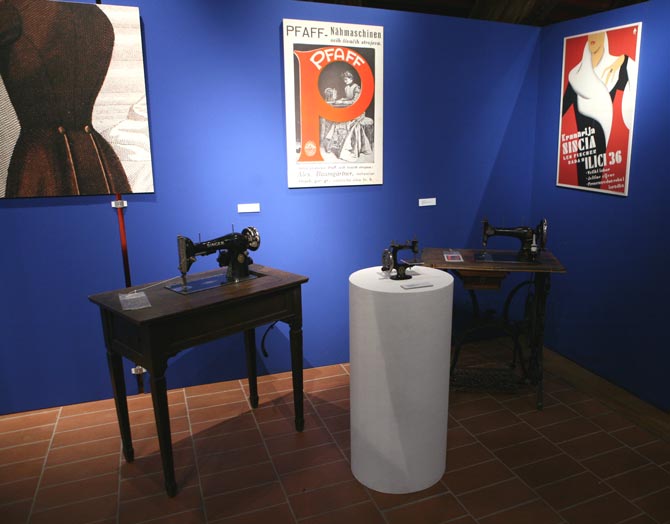 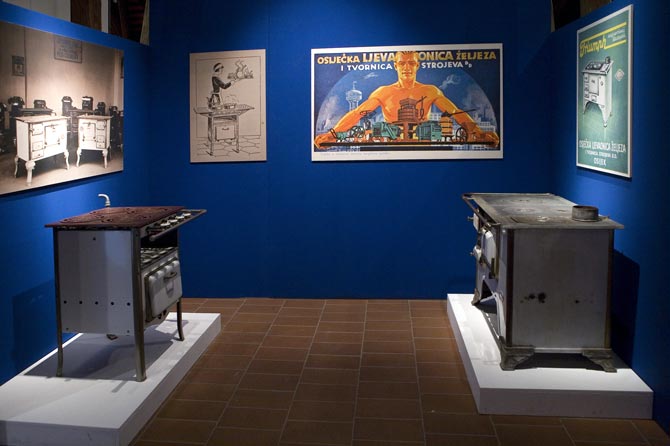 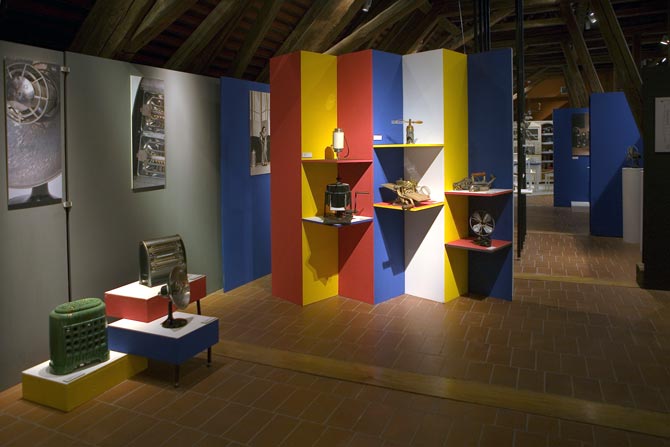